To share your memory on the wall of Charles Lines, sign in using one of the following options:

Print
Charles Drew Lines, Jr., 81, passed away on February 9, 2020 under hospice care at his home in Fort Worth, Texas after a heroic fight of Congestive Heart Failure and chronic pneumonia.

He was born on October 2, 1938 in Milwaukee, Wisco... Read More
Charles Drew Lines, Jr., 81, passed away on February 9, 2020 under hospice care at his home in Fort Worth, Texas after a heroic fight of Congestive Heart Failure and chronic pneumonia.

He was born on October 2, 1938 in Milwaukee, Wisconsin to Charles Lines Sr. and Leah Martin Lines. He was known by many names. Most commonly referred to as “Chuck”, but also Charlie, Chuckles, Dad, Papa, Honey, Gruncle by his many nieces and nephews and Bela Lugosi.

Growing up in Fort Worth, he was baptized at the age of 11 at Arlington Heights Methodist Church on Palm Sunday. He grew up in the church and was involved in the Methodist Youth Fellowship (MYF) until leaving for Oklahoma University. At OU he wasn’t as active in the church, but, he always went back to his roots. He transferred to Texas Christian University where he secured a double BA degree in Mathematics & Accounting with a full 5 year scholarship from General Dynamics Convair Program.

Early on, he worked for Green Front Variety Store, Woody’s Ice Cream as a car hop (not on roller skates however), and Fort Worth National Bank. His employment took him to California, where he met Frances Sharon Kramer in 1966. After a 2 week whirlwind romance, they married in Reno, Nevada. They were married for 53 years and were such an example of a marriage that could last with dedication and commitment to try to never go to bed angry. He was a computer programmer/systems analyst, working for General Dynamics, IBM, Gearhart, Standard Meat Company, Affiliated Foods, Consumer Credit Counseling Services, Southwestern Financial, First Data Card Solutions, and Entrees on Trays until his health caused forced retirement.

After moving back to Texas in 1978, he and Fran tried a few churches where they were active in many different ministries from food to funeral planning to overseeing the ushers and counting the offering, Elder, youth group/children’s church/nursery, to hospital outreach, and anywhere there was a need. Chuck was most recently a member of almost 25 years at Turning Point Church and up until the month before his passing he was still calling on baptisms. He enjoyed outings with his wife, attending church and care group, and having a get together with special friends. He especially liked the Symphony, watching ice skating during the Olympics and he loved to ballroom dance and watch Fox News. He was the President of Christian Community Assistance for 10 years reaching so many people in need. He has always had a heart for people and for ministry. His patriotism defined him to the core, but he will be remembered most for his hugs, his sincere smile, his love for family and his dedication to his Savior, Jesus Christ.

Chuck was preceded in death by his parents and sister, along with so many sweet friends and extended family. He is survived by his wife Fran, daughter Danielle and grandson Brandon all of Fort Worth; adoptive daughter Terri Lynn and soon to be son-in-law Ray Laxton of Sacramento, CA; Nieces Dusty Danler and Patty Coon and their spouses from Kansas; numerous nieces and nephews, great and great-great nieces and nephews, cousins and a myriad of special friends all across the country too numerous to name, but still so special.

To send flowers to the family or plant a tree in memory of Charles D. Lines, please visit our Heartfelt Sympathies Store.

Receive notifications about information and event scheduling for Charles

There are no events scheduled. You can still show your support by sending flowers directly to the family, or planting a memorial tree in memory of Charles D. Lines.
Visit the Heartfelt Sympathies Store

We encourage you to share your most beloved memories of Charles here, so that the family and other loved ones can always see it. You can upload cherished photographs, or share your favorite stories, and can even comment on those shared by others.

Ronnie and Judy Horton sent flowers to the family of Charles D. Lines.
Show you care by sending flowers

Posted Feb 14, 2020 at 09:25am
He will truly be missed. Your family is in our prayers. Wishing you peace, comfort, and loving memories forever in your hearts. 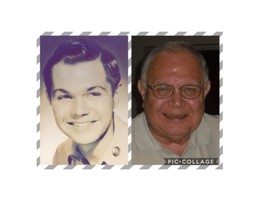 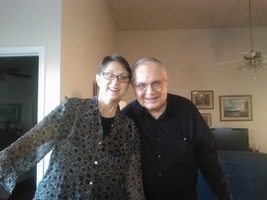 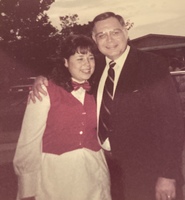