To share your memory on the wall of George Fassett, sign in using one of the following options:


FORT WORTH – George Carl Fassett, Sr. known as “Pops”, gracefully passed on Thursday, September 10, 2020, at the young age of 69 years at a hospice facility in Burleson.

Born in Watertown, New York to Carl and Jean Fassett, Pops was a fraternal twin with John Fassett (deceased) and younger brother of his sister JoAnn. Growing up in a local grocery and butcher shop in the town of Adams Center where Pops learned the ways of a meat cutter and smoke-pit master. He was part of a band enjoying the bass guitar and was a back-up singer. In 1972 he married Linda Bickel whom he had two boys with, George Jr. and Robert. Pops continued the path of a butcher, eventually becoming a district supervisor for a grocery chain. After which he started his final career with RadioShack as a Manager. Pops, Linda, and Robert relocated to Fort Worth Texas after his oldest son, George Jr., attended Texas Christian University and chose to remain in Fort Worth. Pops retired at the age of 62 from RadioShack. He enjoyed his remaining years smoking meats on his back porch in his custom smokehouse, taking cruises with his family, being a grandfather to Paige, George III (Trey), and Emily while enjoying his life with his wife Linda.

“With every privilege there comes responsibly” was a saying Pops would share with his children and eventually his grandchildren while they were growing up. He was known for his long talks on moral and ethical grounding and what was right and wrong. He played guitar when he had time and enjoyed crocheting blankets. Pops was a hardworking provider and a family man, supporting his wife, children, and grandchildren in all they enjoyed and wanted to do.

He surrounded himself with people who equally enjoyed his company. He loved a good well marbled steak and a 7&7. He enjoyed the gospel of Reverend Robert Schuller.

Memorials: In lieu of flowers or gifts, he requests a charitable contribution to be made to Samaritan House of Tarrant County or Community Hospice of Texas.

To send flowers to the family or plant a tree in memory of George Carl "Sr" Fassett, please visit our Heartfelt Sympathies Store.

Receive notifications about information and event scheduling for George

There are no events scheduled. You can still show your support by sending flowers directly to the family, or planting a memorial tree in memory of George Carl "Sr" Fassett.
Visit the Heartfelt Sympathies Store

We encourage you to share your most beloved memories of George here, so that the family and other loved ones can always see it. You can upload cherished photographs, or share your favorite stories, and can even comment on those shared by others.

Posted Sep 22, 2020 at 08:55am
Sending my sincerest sympathies to George's family and to JoAnn. George's parents, Carl and Jean saved Adams Center during the great blizzard. Without them, I think we would all have starved.
Comment Share
Share via:
GF

Posted Sep 14, 2020 at 04:31pm
If you would like to join us on Saturday, September 19, 2020 at Pearls Cherokee Bar & Lounge on Division in Arlington at 4pm we will be having a celebration of life for George "Pops" Fassett, Sr. - There is a facebook event sign up or just stop by.
Comment Share
Share via: 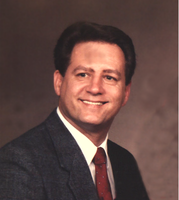