To share your memory on the wall of Johnny Lybrand, sign in using one of the following options:

Allen was born on March 6, 1952, in Anniston, Alabama to Eva Laverne (Hammond) and Johnny Travis Lybrand. He grew up in Anniston, and then moved to Houston with his family where he played high school football and attended Cypress Fairbanks High School. After high school, Allen left home to go to work for a crane service, and while employed there he was badly injured in a crane accident. He spent the next two years in the hospital and fully recovered, but he walked with a limp and endured residual pain for the rest of his life.

As someone with a special talent and love for working with his hands, Allen was well known as a jack-of-all-trades — and master of most of them. As a teenager he helped build the stage at Woodstock, and though his life he was well known for being able to build anything he set his mind to. He crafted furniture for his family, fixed anything mechanical — and some things not — and no matter how well something was done, he could always find a way to make it better.

Professionally, Allen served as a general manager in automotive, construction, food and hospitality industries, owned his own business building retaining walls, spent some time in the 1990's driving race cars, and continued to work as a handyman, builder, and mechanic throughout his life.

Always putting his family first, Allen was famous among his family and friends as a great cook (his particular specialties were hot wings and banana pudding), a jovial host who loved a big get-together (especially Thanksgiving and Christmas), a big fan of NASCAR, the Dallas Cowboys, and Tabasco sauce (on almost everything), how much he enjoyed his dogs, Toby and Barker, gardening, and mowing his yard with his tractor.

To send flowers to the family or plant a tree in memory of Johnny Allen Lybrand, please visit our Heartfelt Sympathies Store.

Receive notifications about information and event scheduling for Johnny

There are no events scheduled. You can still show your support by sending flowers directly to the family, or planting a memorial tree in memory of Johnny Allen Lybrand.
Visit the Heartfelt Sympathies Store

We encourage you to share your most beloved memories of Johnny here, so that the family and other loved ones can always see it. You can upload cherished photographs, or share your favorite stories, and can even comment on those shared by others. 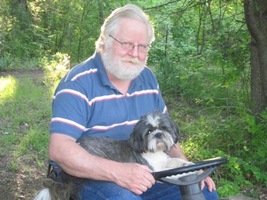 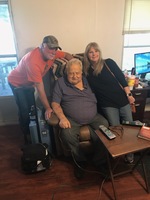