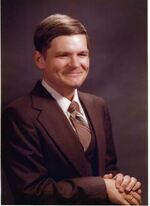 Samuel Fred Goodwin-71 of Ft. Worth Texas, passed away October 8, 2020. He is now at peace with
Our lord and savior Jesus Christ. He was born August 26, 1949 in Pensacola, Florida at age one he moved to his mothers’ home of Camden Arkansas where he was raised. He graduated from Camden HS in 1968. He graduated from Ouachita Baptist University in 1973, he then joined the US. Army where he spent 21 years and retired with the rank of Master Sergeant, He served in Desert Storm and while in battle over 1000 Iraqis surrendered to his unit with no shots being fired. He then spent 7 years in Saudi Arabia working as a technical advisor. After his return he went to works for South Texas Nuclear Station where he retired in 2015 with almost 20 years of service. Sam and his wife Mehert moved to Ft. Worth, TX that year and settled into retirement. Sam was active in the VFW in both Bay City and Ft. Worth.
He will be missed by his wife of 44 years, Mehert from Eritrea. He was also survived by his 1st Cousin Bruce Spurlock of Des Moines, IA. They lived as brothers. He was preceded in death by his mother Mildred Goodwin Spurlock, of Camden AR and Father Herold Goodwin of Sioux City, Iowa.
Sam will be interred for eternity at the Dallas National Cemetery, 2000 Mountain Creek Parkway Dallas Tx. 75211