To share your memory on the wall of JOHN MEACHUM, sign in using one of the following options:


JB Meachum walked into the loving presence of his Lord and Savior Jesus Christ in the evening hours of Tuesday, April 28th after a hard battle with a highly unusual and very aggressive cancer. I... Read More
JB Meachum


JB Meachum walked into the loving presence of his Lord and Savior Jesus Christ in the evening hours of Tuesday, April 28th after a hard battle with a highly unusual and very aggressive cancer. In his final moments in this physical realm, he was surrounded by his loving family, his reason for living.


JB was born July 13, 1950 in the big city of Dayton, TX, the second child to Lydia and JB Meachum, Sr. Growing up in Daisetta, Texas, a small town in rural East Texas, JB enjoyed all that country life had to offer...running and playing barefoot and free...hunting and fishing with his Dad...being part of a close-knit family and community...and the peaceful tranquility of a deep connection with nature and the spirit of God.


A true patriot at heart with a deep love for his Country and everything it represents, he chose to serve in the United States Navy and volunteered to go to Vietnam at a time when many were running the other way. From 1969 through 1973, he proudly served aboard the supply ship USS Mars, delivering critical equipment, food, and supplies at all hours and in all conditions to the fleet in and around Vietnam and the surrounding seas.


As part of a de-escalation of force as the conflict in Vietnam was winding down, JB was Honorably Discharged and placed on reserve for the remainder of his Service, which saw him returning home to East Texas and a transition back to civilian life. His experience in the Navy parlayed well into careers in fabrication, supply chain, and equipment and tooling sales in the petroleum industry, where he worked in various capacities for different companies throughout his professional life.


Forever changed by what he experienced in those years in Vietnam, JB longed for a sense of normalcy and sought solace through a growing relationship with his Lord and Savior Jesus Christ. During this time, he prayed that The Lord would send him a Godly woman with whom he could start a family of his own. Those prayers were answered when he met his loving wife, Kandace. Married in 1975, they began their adventure together and with the birth of their first son, Jason in 1976, they started their family. Two years later, in 1978, they added their second son Chris.


The Meachum household was always full of love, laughter, home improvement projects (JB’s favorite pastime), extended family, friends, good food, and good times. JB was extraordinarily and enthusiastically involved in his sons’ lives and was very active in their church and school activities...helping them with all kinds of different projects...taking them fishing and camping, and teaching them by example how to grow into good young men.


JB had the best sense of humor and loved joking around and making people laugh. He loved to make people feel good and wanted to put a smile on everyone’s face. He wanted everyone to feel welcome and loved.

That’s what he was about.


This love for people combined with his deep faith in Jesus Christ led JB naturally down a path of evangelism, where he would share The Gospel and minister to everyone that was open to receive the Message. Over the years his faith continued to grow, and a move to Fort Worth in 2015 to be closer to his grandchildren resulted in him finding his forever Church Home, Capstone Church. JB was very active in the church...attending every service, prayer meeting, and bible study he could. Through Capstone, he and his wife Kandace were able to realize their life-long dream of traveling to the Holy Land of Israel...to walk where Jesus walked...and to be baptised in the Jordan River.


Because of his intense faith in Jesus Christ…

He heard the words he so longed to hear...


He is survived by his wife of 45 years and soulmate for eternity, Kandace Meachum; his sons Jason Meachum, and Chris Meachum and wife Cindy; and his grandchildren Kallen, Memphis, and Sailor; brother Albert Meachum and wife Janet of Dayton, TX; sisters Ida Beene and husband Larry of Tyler, TX, and Mary Barrier and husband Tim of Hull, TX; sister-in-law Jane Salois and husband Frank of Eagle Nest, NM; brother-in-law Jeff Fradsham of Crewe, VA; many brothers and sisters in Christ; and many more close friends and loving relatives. JB loved being called “Husband”...he loved being called “Dad”...but his favorite was being called “Poppi”.


Being the family of a Vietnam Veteran, we knew all too well about the toll that War took on our service men and women and the sacrifices they made for their Country. We never would have imagined his sacrifice was still in process all these years later. In Washington, DC, at the Vietnam Veterans Memorial, there is a plaque honoring those who served and were exposed to the deadly toxin Agent Orange...and who made the ultimate sacrifice as a result of that exposure years and decades later. The inscription on this plaque reads:

“In memory of the men and women who served in the Vietnam War and later died as a result of their service. We honor and remember their sacrifice.”


For more information about Agent Orange usage in Vietnam and its long-lasting effects on our service men and women, Google search “Agent Orange”, “Operation Ranch Hand”, and the “Blue Water Vietnam Veterans Act of 2019”.

Run For The Wall

To send flowers to the family or plant a tree in memory of JOHN BILLY "JB" MEACHUM, please visit our Heartfelt Sympathies Store.

Receive notifications about information and event scheduling for JOHN

There are no events scheduled. You can still show your support by sending flowers directly to the family, or planting a memorial tree in memory of JOHN BILLY "JB" MEACHUM.
Visit the Heartfelt Sympathies Store

We encourage you to share your most beloved memories of JOHN here, so that the family and other loved ones can always see it. You can upload cherished photographs, or share your favorite stories, and can even comment on those shared by others.

Guaranteed hand delivery by a local florist
BC

Posted May 15, 2020 at 12:44pm
I don't know how many people will see this, but this Saturday, the 16th, is Armed Forces Day. I'm sure that JB would appreciate it if ya'll took the time to thank a member or a veteran of our Armed Forces tomorrow. JB and I used to thank each other for our service, as we both were in the US Navy. Anchors Aweigh my Brother Squid!!
Comment Share
Share via:
HS

Posted May 14, 2020 at 01:01pm
Our thoughts and prayers are with you. Liberty County Treasurers Office, Debbie, Lisa and Kim

Flowers were purchased and a memorial tree planted for the family of JOHN MEACHUM. Send Flowers

Posted May 12, 2020 at 08:46am
JB. aka MR. HANEY . He had his own way of making people happy . He was a big part
of Bass Tool and supply for many years .(HE WAS FAMILY) and when he would belt a tune every body would look forward to hearing him sing with that country twang 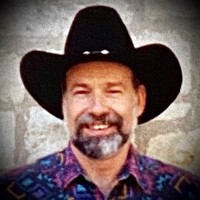 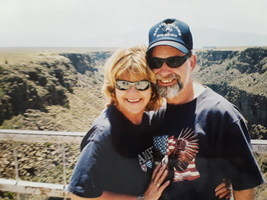