To share your memory on the wall of Larry Hudson, sign in using one of the following options:

Larry was born in Bermuda to Air Force parents Ray and Leora Hudson on November 2, 1955. He grew up on the east side of Columbus, Ohio where he met and ma... Read More
CROWLEY - Larry L. Hudson, 64, passed away after a short illness on March 3, 2020.

Larry was born in Bermuda to Air Force parents Ray and Leora Hudson on November 2, 1955. He grew up on the east side of Columbus, Ohio where he met and married in 1976. He had two daughters born in Ohio and moved to Fort Worth in 1981, having two sons after that. He became a member of the Iron Workers Union, proud to be an iron worker for over 30 years.

His hobbies were spending time with his grandchildren and watching WWF wrestling.

To send flowers to the family or plant a tree in memory of Larry Hudson, please visit our Heartfelt Sympathies Store.

Receive notifications about information and event scheduling for Larry

There are no events scheduled. You can still show your support by sending flowers directly to the family, or planting a memorial tree in memory of Larry Hudson.
Visit the Heartfelt Sympathies Store

We encourage you to share your most beloved memories of Larry here, so that the family and other loved ones can always see it. You can upload cherished photographs, or share your favorite stories, and can even comment on those shared by others. 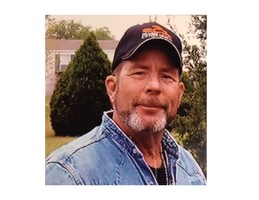